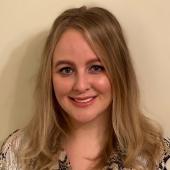 We share relevant third party stories on our website. This release was written and issued by Recognition PR

The Group’s second engineering acquisition since owner Mike Styan took over in February 2020, it forms part of the KASL Group’s ‘buy and build’ approach.

Ardmore Craig is a leading supplier of offshore engineering solutions, focussing on design and engineering projects for key blue-chip clients.

Andy Stevenson, the founder of Darlington-based Ardmore Craig, will remain with the business as Managing Director and play a key role in its ambitious growth strategy.

Mike has a proven track record within the sector and alongside Andy’s significant experience the company has already won a number of key contracts since the transaction was completed. This includes securing its largest contract to date – a design and build project concerning an offshore carousel for use with subsea cables and telecoms and a loading arm to be used with the system.

The carousel and loading arm will be manufactured in Teesside utilising Ardmore Craig’s proven supply chain as the business looks to increase the size and scope of projects which it undertakes.

KASL Engineering Group is a multi-disciplined Engineering group comprising of complimenting companies in the engineering sector, from Engineering Design, Operational Support, Commissiong and Decommissioning Services through to Bespoke Precision Manufacturing.

NPIF-FW Capital Debt Finance, managed by FW Capital and part of the Northern Powerhouse Investment Fund provided a six-figure growth capital investment to support the projected growth of the Group.

Mike Styan said: “Ardmore Craig is a perfect fit for KASL Engineering Group and Andy will be a key component in our growth strategy.  The business fits perfectly into our group and adds massively to our design and build capabilities. I’m very much looking forward to working with Andy as our philosophies and visions for the business and the larger group are aligned.

“David, who was involved in the sale of my previous business Prosafe Engineering and the acquisition last year of KASL Precision Engineering, gave his usual sound advice and played a key role in getting this deal completed.

“I am looking forward to the challenges ahead as we pursue our future plans, and I am in no doubt we will continue to work with David and the team at Clive Owen LLP.”

David Wilson, corporate finance director at Clive Owen LLP, said “It was a pleasure to work with Mike, Andy, Keith and Rachel at FW Capital. Mike has a clear vision for the future to grow the Group, which is demonstrating great success and with Andy supporting I am certain it will continue to go from strength to strength.”

Keith said “Andy has built a team of experienced engineers at Ardmore Craig which, combined with Mike’s successful track record, will enable this business to go from strength to strength. It was a pleasure to be able to help them complete this deal.”

“Rachel added “This is a very exciting time for the KASL Group, and the acquisition of Ardmore Craig aligns well with their growth plans. I’m delighted that our investment will help to support this growth.”