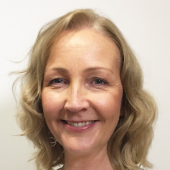 Lymm-based Nomad Games has reported a marked increase in consumer engagement since the lockdown began.

Covid 19 has forced people to stay at home and people now have more leisure time and has made gaming more popular.   A captive audience with more time on their hands has meant this company has found a small silver lining within this current crisis.

The company , which received £300k funding from NPIF - FW Capital Debt Finance, managed by FW Capital and part of the Northern Powerhouse Investment Fund (NPIF) to develop new projects and recruit new staff, says consumer sales on some platforms have increased 2 to 3 times the normal rate.

Nomad was set up in 2011 by directors Don Whiteford, Rob Anderson, Carl Jackson and Mat Draper in 2011. The company, which employs 20 staff and has an annual turnover of £800k, creates digital games based on board and card games including Talisman, Fighting Fantasy, and AEG hits including Smash UP, Cat Lady and Mystic Vale.   Managing Director Don Whiteford said:  “With people staying at home and a limited choice of entertainment, there’s been a general upwards trend in the gaming market.   “We have a global user-base with 60% of our market in the USA and we have seen growth in most territories. We have introduced additional ways of communicating to new customers and offering them top rated digital tabletop games to keep them engaged.   “Whilst our consumer sales are up the B2B side of the business has been affected with companies reluctant to sign new deals in such uncertain times.  However we are confident that we will emerge from this crisis in a strong position and can pick up where we left off with potential partners.   “We are so pleased to have FW Capital as an investor in our business, they have been extremely responsive to the current situation and their support has really helped us during the last couple of months.”   FW Capital portfolio executive Siobhan Jones said:  “Nomad are a small, passionate gaming business with a global reach. The games playing public find themselves with time and, for the short term at least, disposable income and the whole video games industry is currently seeing a boost in sales.

“Nomad have seen sales of its game Steam increase significantly during the crisis, with lifetime sales hitting 2 million units.

“With so many businesses in really difficult situations, it’s nice to see that some are experiencing some positive outcomes.  We would urge any of our investee businesses that are worried or struggling to contact us so we can help to support them.”