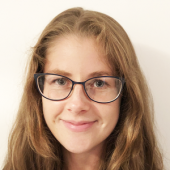 We share relevant third party stories on our website. This release was written and issued by WilliamsAli Corporate Finance.

One of Europe’s fastest-growing businesses has revealed plans to top £240m turnover within the next five years while also doubling its workforce, and has secured its latest round of investment to help achieve its ambitions.

Everflow Group was established in 2015 with the ambition of making utilities simple, and has seen strong and sustained growth since that time. Employee numbers have risen from four in 2016 to its current level of 85, with Wynyard-based Everflow growing turnover from £272,000 to nearly £50m in just three years.

Now, the business - which comprises business water retailer Everflow Water and software company Everflow Tech - is looking at its next phase of growth, with plans to reach annual revenues of over £240m by 2026, doubling its headcount in tandem.

Everflow - recently named third in the Financial Times annual list of Europe’s top 1,000 growing businesses - has secured £750,000 in its latest fundraising round to help deliver its ambitions.

The investment, raised through FW Capital from the Northern Powerhouse Investment Fund, will be used by Everflow to help further develop its Eclipse software system, which the business hails as being key in its continuing growth.

“Our premise as a business is to make utilities simple for our customers, and to create an environment where people enjoy coming to work each day and feel passionate about what they're part of,” says James Cleave, CFO of Everflow Group.

“While we are growing strongly, and we aim to double our headcount in the next five years and reach contracted annual revenues of over £240m, that will always be at the core of our business and what we do.

“Part of the reason we are growing so quickly is our continual development and investment in our software. Eclipse is a central part of what we do, and it is all done in-house. We are continuing to develop the system and expand our technological capabilities, and this latest round of investment will enable us to push on with that.”

Alexandra Gent, Investment Executive at FW Capital, secured the investment for Everflow Group. “What Everflow have achieved in such a short space of time is a testament to the vision of the team they have in place - from small team to the third fastest-growing company in Europe is no mean feat,” she says.

“As well as the clear ambition to grow their business, the management team are also driven to make sure that the company is a supportive place to work, something which showed during the interactions we’ve had with different members of the team.

"The desire to be the best water retailer is clearly at the heart of everything they do and the technological developments underway alongside this make their future a very exciting thing which we at FW are keen to support.

“James and the rest of the finance team have been a joy to work with throughout the investment process and I am looking forward to seeing the company continue to evolve.”

The team has also been supported by long-standing advisor Abu Ali, partner in WilliamsAli Corporate Finance, in securing its latest round of investment.

“Having worked with the team for a number of years now, I have seen first-hand the sheer hard work and commitment that has gone into achieving the status that Everflow now holds, as one of Europe’s fastest-growing businesses and a highly respected name in the UK’s utilities market,” says Abu.

They are focused on where they want to be in the marketplace, with impressive and ambitious plans on how to achieve that, while remaining absolutely committed to their team and ethos as a business.

“It’s been a real privilege to have supported Everflow to reach the point they are now, and we look forward to continuing to work with the business, with a further round of growth capital fundraising planned for later this year.”