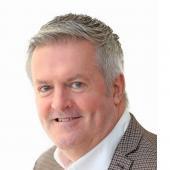 Entrepreneur, Paul Morgan, completed a management buy-in (MBI) of the well-established Ashton-Under-Lyne, Manchester based steel fabrication business at the end of last year. The firm produces bespoke high end stainless steel catering and ventilation equipment for an impressive list of clients in the hospitality and leisure industry throughout the UK, including the high street chain, Wagamama.

With turnover expected to grow to £3.5m this year, the firm employs 27 people from its headquarters on Oxford Street West, Ashton- Under-Lyne. Founder, Bill Ben, has retained a senior position at Goyt Kitchen Fabrications post buy-in and continues to work closely alongside Paul Morgan. The management team are expected to announce several new appointments later this year as part of the company’s ambitious development programme.

The funding from NPIF - FW Capital Debt Finance will provide essential growth capital that will support business growth and consolidate its position in existing sectors, whilst exploring opportunities in the public sector.

Mr Morgan previously partnered with FW Capital in 2018 when he secured a £500,000 funding package his other business, Newfield Fabrication, a manufacturing firm that has since enjoyed considerable growth, this year achieving a turnover of £12million. He commented: “Having already enjoyed a very successful relationship with FW Capital on a separate venture, I approached them to discuss potential opportunities with Goyt Kitchen Fabrications and I’m pleased to say that they threw their support behind me from the outset.

“Their approach is incredibly refreshing. They recognised the growth potential in the business without having the physical assets in place, a factor many high street lenders would consider essential. We have some exciting plans in place to support future growth, none of which would have been possible without FW Capital.”

FW Capital investment executive Loz O’Connor said: “Paul is an experienced and successful businessman who knows this industry very well.  The company is working with some big-name clients and there is significant expansion potential which we were very happy to support.

“We specialise in building long-term relationships and welcome approaches from businesses and people we have helped with investment funding in the past..”

Sue Barnard, Senior Manager at British Business Bank said: “NPIF continues to provide vital funding to Northern businesses across the region. We are pleased to continue this support, and are proud to work in partnership with FW Capital  and our other appointed fund managers to make a real impact on business communities, creating jobs and strengthening regional economies to unlock the North’s potential.”